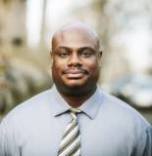 Eugene has a B.A. (Mass Communication) and is near completion of his M.A. (Sport Administration), founded the program. He brings over fifteen years of experience, energy, direction, and dedication to the program; having worked with several nonprofits in mentoring, athletics and youth development-including Episcopal Community Services’ Workforce Youth Development Summer Program, IDAAY’s OST After School and Summer Camp, the Roxborough YMCA, Germantown Boys and Girls Club, Concerned Black Men of Philadelphia, the International Student Athlete Academy and the Roxborough YMCA.  Eugene has knowledge of methods of data collection, data entry and documentation. He has familiarity with management of youth and young adults in urban communities. Eugene has outstanding ability to communicate with people belonging to diverse backgrounds and in a public forum, effectively. He can complete all assigned projects, in a timely manner and within allocated budget. Lastly, Eugene can create and deliver effective PowerPoint presentations to diverse audiences.

Kamal Bostic Smith is a singer, actor, and dancer whose ability in arts has taken him across the world. Kamal began singing at age 5, dancing at age 9, and acting at 11 years old. He has been tapping/hoofing for about fifteen years. Kamal is a graduate of Temple University with a degree in education and a focus in Human Development Community engagement. Mr. Bostic-Smith has worked in the Nonprofit education for 10 plus years and prides himself on his ability to communicate effectively and bring communities together. Kamal began his performing arts studies at Jan’s Dance Studio, where he was also a Junior Instructor in tap and at Freedom Theatre where he was a Demonstrator.

organization Tap Team Two under the direction of Robert Burden. Kamal loves to act and is a long-standing member with the Screen Actors Guild. He has studied at the Walnut Street Theatre as well as Freedom Theatre and has worked on HBO’s The Wire and appeared in films such as The Salon with Terrance Howard and Vivica Fox. Kamal enjoys giving what he’s learned through the arts and education to future generations and strives to ensure that they are receiving the resources needed to be

Keisha has over 20 years of experience in the food service industry. She is highly motivated and able to multi-task and prioritizes workload under pressure. Keisha has excellent interpersonal skills with the ability to build rapport and develop regular clientele. She is attention to detail, and has an array preparation ideas for diverse menus of cuisine. Keisha is highly educated on nutritional information and healthy choice alternatives. Keisha graduated from The Restaurant School at Walnut Hill College with a degree in Pastry Art. Keisha has taught over 150 youth Healthy Cooking and Food Safety throughout 2016-19.

Steven has degree in the Science field from West Chester University, will handle SAT/ACT Prep duties. His experience includes ten years with Ask4Tutoring; as a Tutor in Math and Science. Steve currently provides enrichment in various subjects including Mathematics, Reading, and Science for children, adults, and small groups. He suggests new strategies to solve and complete problems in various grade levels and content areas. Steve assists clients with organizational skills and sets cycle and or weekly goals

Sean is an AAAI and ISMA Personal Fitness Trainer Certified Expert.  He has developed skills in sports training, team work, and paying particular attention to details. Sean was a Division III NCAA All American Football player, and was All Conference in Football and Track and Field. Sean is a current minor league player with the Tri-County Owls Spring Football Team. He helped lead the first team to an undefeated regular and playoff record in the Northeast Football Atlantic Football League. Sean won the 2016 NEAFL League and Championship Game MVP. Sean played minor league football with the Lehigh Valley Storm (2012-2015) and the Philadelphia Panthers (2008-2014). Sean won the 2009 LaBelle Football Community League Championship Game MVP. He was All LCFL (2009) and a Major League Football All Star in 2013

Steven has degree in the Science field from West Chester University, will handle SAT/ACT Prep duties. His experience includes ten years with Ask4Tutoring; as a Tutor in Math and Science. Steve currently provides enrichment in various subjects including Mathematics, Reading, and Science for children, adults, and small groups. He suggests new strategies to solve and complete problems in various grade levels and content areas. Steve assists clients with organizational skills and sets cycle and or weekly goals

Become a Donor or Partner Today!

Get Social with Us.